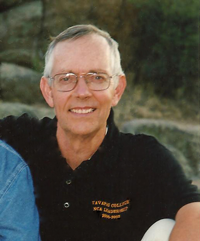 Mr. Jim Hinton started at Yavapai College in January 1974 teaching primarily Administration of Justice courses until 1990. From 1990 until he retired in 2009, he taught Sociology and Political Science in the Liberal Arts Division. His years of teaching and working with students brought him great satisfaction.

In addition to teaching, Mr. Hinton was active in curriculum development, program reviews, an NCA accreditation self-study, and leadership as the Liberal Arts Assistant Dean. His career was marked by his flexibility and ability to meet numerous needs that arose.

The Police Certification Program underwent a major revision in the 1970’s when the state board governing police certification standards greatly expanded the requirements that required the college to overhaul the program. Jim spent six months in 1977 redesigning and revamping the program. His revised curriculum became a model the state board used for other community colleges in Arizona.

From 1979 to 1981 Mr. Hinton participated in the Arizona Criminal Justice Consortium. This state wide task force established a core curriculum for criminal justice courses in Arizona, identified minimum competency standards for each course, and completed the articulation of the new curriculum to all colleges and universities throughout the state.

More curriculum development came to Jim from the Bagdad mine in 1984. The mine faced a major restructuring of its operations and needed to retrain personnel in new procedures and operations. With no curriculum or materials available, Jim developed learning outcomes, lesson plans and delivered the training.

In November 2000 Mr. Hinton was appointed co-chair (with John Quinley) of the NCA Self-Study effort. He worked with a steering committee in evaluating all areas of the college and then in writing a self-study report in preparation for a site visit by the Higher Learning Commission of the North Central Association of Colleges and Universities. This project involved 150 volunteers working on five committees and twenty seven study teams. The NCA site visit occurred in April 2003 with an outcome that included a recommendation for a ten year period of accreditation.

From 1999-2006, the college emphasized a substantive program review process that involved faculty in intense and detail research, analysis and evaluation. Mr. Hinton, with other committee members, conducted the Liberal Arts Review in 2004-2005 and the Social and Behavioral Science Review in 2005-2006.

Committee Work and Other Activities:

Mr. Hinton was recognized as Emeritus Faculty in April, 2010. 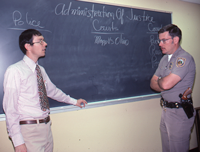 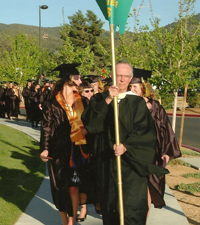