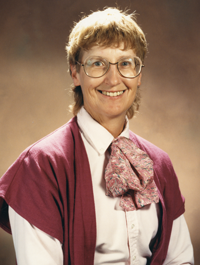 Ms. Ginny Chanda started teaching at the Verde Valley Campus in the fall of 1979. She was hired as full time English faculty.  In addition to Composition I and II, she taught Creative Writing, Shakespeare and World Literature. Around 1990 she began teaching Liberal Studies (Western Civilization I, II, and III) with Paul Ewing. From 1998 to 2001, she was Division Chair for the newly formed Division One. Up to that time, the Verde Valley Campus only had one Division for the whole campus.

After acting as one of the faculty sponsors for an Honors Program trip to England, she started attending summer school programs at Cambridge University. She alternated taking programs in Shakespeare and History.

Ms. Chanda retired in June of 2006 and was recognized with Emeritus Faculty status December, 2006. 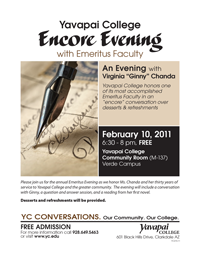 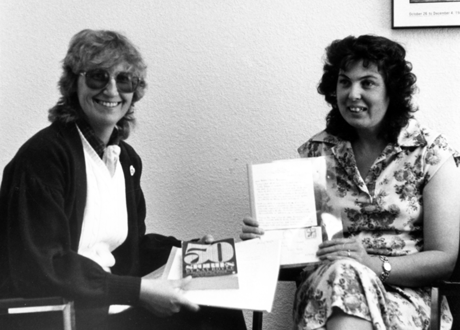 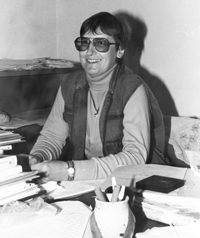