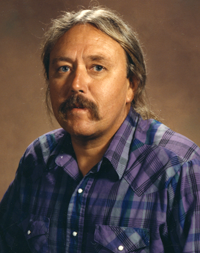 Dr. Rod Barkhurst started teaching Chemistry full-time at Yavapai College in 1979. He loved to teach and was well-liked by his students. Knowing that many of his students were apprehensive about taking a Chemistry class, he made himself available to answer his students’ questions so that they could succeed.

The Chemistry course offerings grew under his tutelage. Because of the difficulty in finding qualified adjunct chemistry instructors, oftentimes Dr. Barkhurst taught all of the Chemistry classes.

In 1981, Rod and another science instructor, Dr. Ken Abbott organized the first Science Bowl where student teams were pitted against each other in proving their expertise in science and math. The event was wildly popular becoming an annual event which continues to this day. Dr. Barkhurst was often a judge at this competition.

Dr. Barkhurst was also active in providing physical education activities for students. In 1981, he and Ron Adams (Math instructor) mentored the newly formed men’s and women’s cross country club team. They continued with this until George Davies was hired as coach in 1982.

Dr. Barkhurst retired in 2000 and continued teaching as an adjunct faculty for several years. He was recognized as Emeritus Faculty for his contributions to the College. 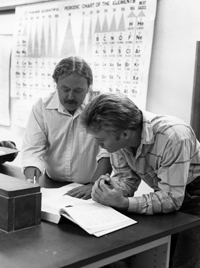 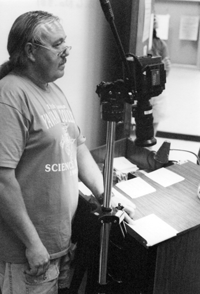 Judge at the 1996 Annual Science Bowl