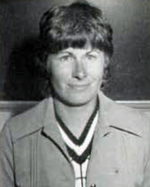 Lynn Merritt was a founding faculty member in the Health, Physical Education & Recreation Department in 1969. She was hired as the only instructor for women’s physical education classes. Because the Prescott Campus buildings weren’t finished when classes started, Ms. Merritt taught women’s physical education in the gym of the Boys Club which was at the corner of Marina St. and Gurley St. downtown.

She was pleased to see over the course of her career the progression of physical education classes from learning a specific activity to being more focused on overall health.

Lynn’s career is marked by a number of firsts:

Ms. Merritt retired in 1994. She was recognized for her many contributions to the college and given Emeritus Faculty status in April, 2011. 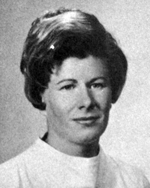 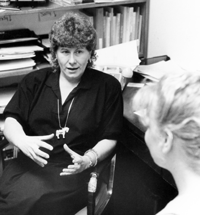