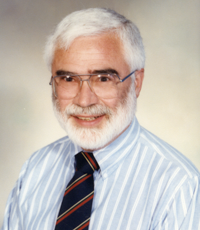 Dr. David Hochstettler started at Yavapai College in 1972 as an English instructor. A few months after arriving, he became the English Department Chair. A year later he was the Chairman of the Liberal Arts Division. He held that position for several years and then became the Academic Vice President (Chief Academic Officer) until 1983. He decided not to continue his administrative trajectory and returned to the classroom as a Humanities instructor.

As the Academic Vice President, Dr. Hochstettler joined the Higher Education Coordinating Council (HECC) which was comprised of chief academic officers, deans, & registrars from all the community colleges in Arizona. This group produced the Course Equivalency Guide which identifies courses that transfer between colleges and universities within Arizona. This guide made the students’ transfer of transcripts and move to higher education much smoother.

Dr. Hochstettler is proud of the ‘transfer compacts’ that were created to transfer credits between the institutions. This accomplishment took much effort and negotiation. He also worked hard to ensure that the education YC students received here would prepare them to be competitive in another environment.

A year or two after returning to teaching he took over the directorship of the College Honors Program from Jim Pence, the original director. The College Honors Program began as a summer program in the hope of attracting bright high school students to the college. The program was eventually redefined to incorporate not only young Prescott Campus students but Verde Valley Campus students and older, returning students. Dr. Hochstettler enjoyed leading the program until he retired.

When Dave went back to teaching he was determined not to chair any committee or be involved in any administrative issues. At the end of his career here though, he accepted the vice-president position on the Faculty Senate thinking it would be low stress. By default, he became the President of the Faculty Senate. This put him in the thick of the turmoil over the vote of no confidence regarding the College President, Dr. Paul Walker.

Committee Work and Other Activities: 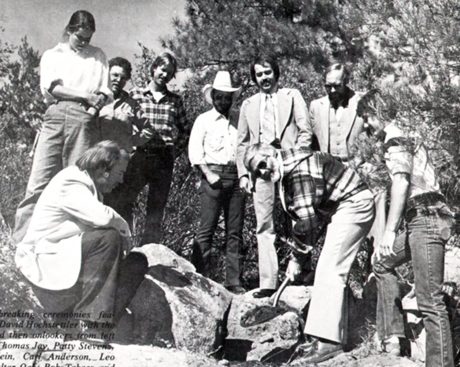 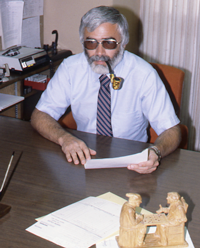