Ainsa, Serge M. A Contrastive Analysis of the French and Spanish Phonetical and Phonological Systems. 1974. Print. 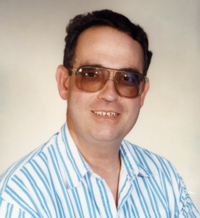 Serge Ainsa started teaching at the College in 1974. He originally thought he was hired to teach Spanish but when he got here he was asked to run the French Language program. In order to make the French program known, he tried numerous events to increase enrollment in the French classes. He even taught a successful French cooking class which mushroomed accidentally to 3 classes.

Programs to promote his classes and raise cultural awareness:

Serge eventually taught Beginning and Intermediate Spanish and Conversational Spanish. He feels his greatest accomplishment was his success in the classroom. He freely admits that he was known as a tough teacher but his students knew he was there to help them succeed. In his retirement, he taught YC's "Command Spanish" to jailers and firefighters over 4 week periods.

Mr. Ainsa retired from full-time teaching in 2007 and was honored with Emeritus Faculty status May, 2009. 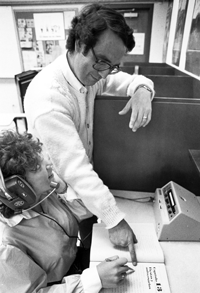 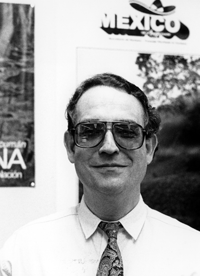