Minkler, Lyle F. "Measuring the Moment of Inertia of an Airplane." The Physics Teacher Jan. 1975. Print. 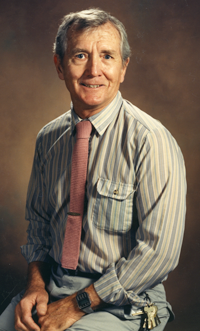 Dr. Lyle Minkler was one of the founding faculty members in 1969 teaching in the Physical Science Department.  He taught Physics, Applied Mechanics, Engineering, and when needed Math courses.  He faced many of the same challenges as the other founding faculty - develop and expand a program, equip a lab, prepare materials, and deal with the growing pains of a new institution.

Dr. Minkler was a strong believer in providing hands-on learning experiences for his students so that they could see the practical applications of what they were learning. Experiments were a strong component of his teaching.  His engineering students were given the opportunity to design such items as solar stoves and solar hot water heaters.

He also encouraged his students to enter competitions.  One competition at Arizona State University for invention development was won by two of his students, Ralph Fulp and John Garnaat.   They had developed a thermometer for the blind.  In his oral history interview, Dr. Minkler says Yavapai College was never invited again to that competition because the YC students’ projects were so superior to all the other entries.

He took the lab assistants on an end-of-year trip to learn more about engineering. They received a special tour of Hoover Dam, toured a solar plant near Barstow, CA, and visited General Dynamics in San Diego for lectures on what-to-know to become engineers.

Dr. Minkler kept his teaching current with new technologies for the times.  Besides the typical gamut of physics and engineering courses, he also taught Lasers & Holography, Solar Design, Solar Energy Systems Lab, and Solar Energy Utilization. In the 1990's, he saw the potential for students to learn physics and engineering concepts with the use of computers. He negotiated vigorously and was able to start with nine computers and a small lab area.

Dr. Minkler retired in 1996 and was given Emeritus Faculty status in April, 2000. 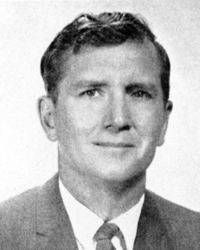 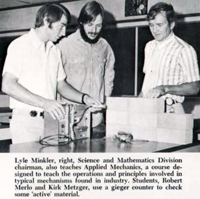 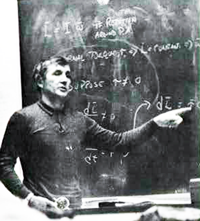 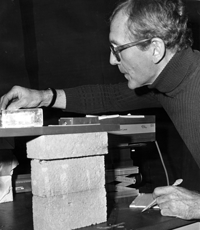