If you have additions or corrections to this page, please contact the College Archives at 928-776-2274 or archives@yc.edu.  We are especially looking for:

Over his nearly three decades of service, Professor Ewing was integral to the growth and development of the Verde Campus and his gonzo presence in the classroom and in the community have left an indelible mark on thousands of grateful students and dozens of colleagues.

From registering community members at the local grocery store to lecturing honors students in the. ruins of Athens' agora, Professor Ewing's dedication and enthusiasm were a benchmark for this institution.

Curriculum Development: With Professor Merrill Glustrom, proposed and implemented "Connections: Media and Society" to fulfill YC's Mission Statement for the existence of the new Student Newspaper.

Implementation of the LSC: Capstone Portfolio class for the Verde Campus

Student Art Shows, Verde Campus; every spring in the 90s.

Paul Ewing retired in 2017 and was given Emeritus Faculty status in 2019.

"Can You Accept the Challenge?" Commencement Address at Oak Creek Ranch School; May 1991

"Equality: A History of the Women's Movement in America," 2001

"All Quiet on the Eastern Front: The Untold History of Russia in World War I." Yavapai College's Interdisciplinary Symposium on World War I. November 6 and 8, 2014. 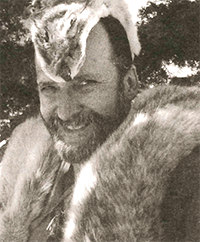