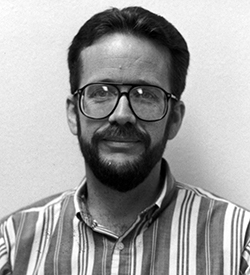 The following is an excerpt from the emeritus faculty nomination letter for Professor Russ Roberts,

It is our pleasure to nominate Mr. Russ Roberts for Emeritus Faculty status this year.  Mr. Roberts meets or exceeds the primary criteria as well as secondary criteria relative to leadership positions held.

As indicated below, Russ’s career at YC spans three decades and includes all four classifications of employee:  staff, adjunct faculty, full-time faculty, and admin.  Russ’s primary role at YC was as full time faculty, and he is most proud of this service to students and the YC community.  Another source of pride is Russ’s leadership role in helping fellow faculty, staff and administrative staff embrace the Seven Habits of Highly Effective People and Great Leaders, Great Teams, Great Results principles.  Russ’s faculty leadership is also evident in the significant list of faculty committee positions held over the course of fourteen years. Russ taught a wide variety of CSA classes and initiated a number of curriculum updates, keeping abreast of changing technology for the benefit of his students.

Russ’s final years of service at YC were spent leading the BuCS Division and Workforce and Economic Development; a difficult job in an era of uncertainty and reorganization We appreciated Russ’s solid, low-key but effective leadership during this change, and this, along with Russ’s participatory management style, helped the division weather the transition with minimal discomfort.

We believe that Mr. Robert’s over 31 years of dedicated service deserves the recognition of emeritus faculty status, and we hope you will agree that his service to the College, fellow faculty members, students, and community far exceeds the expected standard for this honor.

Advised and helped students develop their schedules to meet degree plan requirements in all academic disciplines as well as specializing in helping Business and Computer Science majors.

Full-time Faculty for the Business and Computer Science Division.

Taught a variety of classes including:

Part of a team at the college that provided Seven Habits workshops to the staff and faculty of Yavapai College. Used the material in the Master Student class.

Responsibilities – Oversee the Business and Computer Science division and its programs which include Accounting, Business, Management, Computer Systems and Applications, Computer Networking Technology, Office Administration, and Paralegal studies on the Prescott campus.

Facilitator – Great Leaders, Great Teams, Great Results. Facilitated this leadership workshop for all staff and faculty, significant curriculum development, development of Microsoft Works class, and coordinated and supervised 4-6 instructors in the delivery of this class that typically had over 200 students per semester.