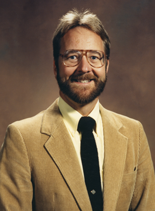 Dr. Will Fisher began teaching music full-time at the College in 1984.  During his time here, he expanded the choral program from two choirs of 50 singers to six choirs with almost 200 singers.  The choral groups under his tutelage were well known and performed in Mexico (Caborca and Mexico City), England, Italy, and Spain.  United States performances included prestigious Carnegie Hall, Pearl Harbor, and numerous music conventions.

Over the years, Dr. Fisher led a number of themed productions. In 1986, he began the Renaissance Dinner event where choir members served and performed. In 1985, he led the combined YC choirs and community singers performing the Messiah and continued to do so every two years.

The choirs' early performances under Dr. Fisher were held in the Elks Opera House which the College rented.  In 1992, the Performing Arts Center was opened giving the choirs a beautiful auditorium for their performances.

Dr. Fisher received the Outstanding Faculty Award for the 2009/2010 academic year.  He retired in May, 2011 and was recognized for his contributions to the College and given Emeritus Faculty status April, 2012. 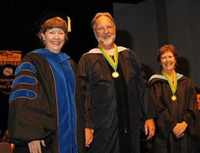